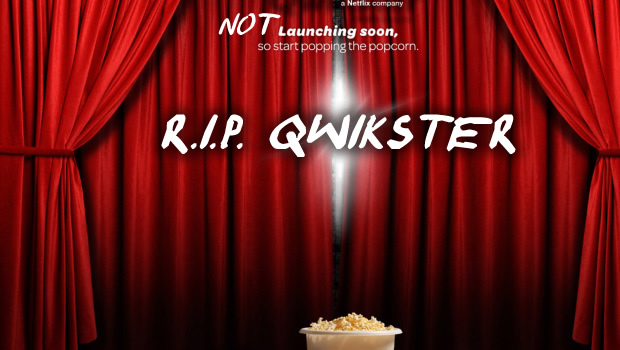 Well, it looks like Qwikster has gone the way of Pets.com and Geocities. The only difference is that Qwikster was never launched.

After a huge ground swell of negative comments it looks like the leadership (or lack of) over at Netflix have opened their ears and canceled Qwikster before it even launched.

For those of you who don’t know, Netflix recently announced they were splitting their services into two different Websites. For online streaming you would have gone to Netflix and to have DVDs sent to your home you would have used Qwikster.

Unfortunately Netflix didn’t foresee the huge negative response their customers would have. People began jumping ship so quick that I can only assume the Netflix leadership started scrambling right away.

So for now it looks like Netflix has buried Qwikster and will keep the two services together. However it looks like the damage might already be done. There are plenty of competing services out there and many of their customers have already made the switch.

Here’s a copy of the email they sent out this morning; 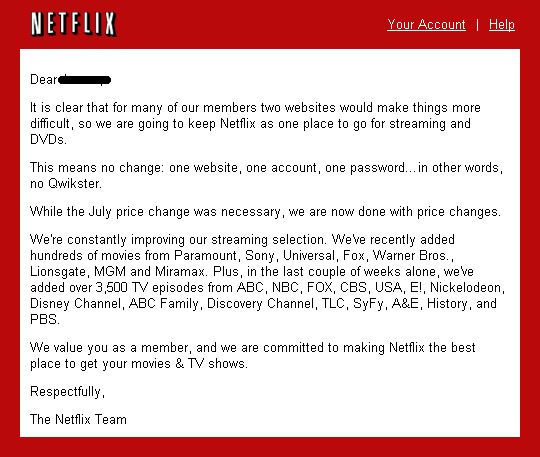